Discover the jury which will award the prices of the 22nd edition of Interdance dance competition. This year, the jury will be chaired by Jacqueline Plan. 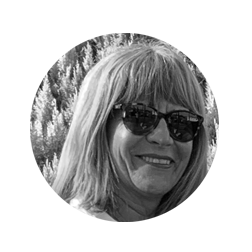 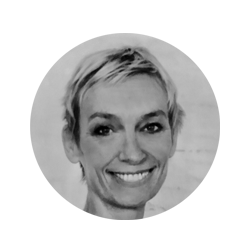 Director of the Dance Workshop and her Dance Company, Professor of Modern and Jazz Dance, Choreographer and Director, Artistic Advisor of Europe en Scènes, jury of various international competitions and Chair of the jury of the Interdance competition.

In 1977, she went to dance and live in the USA and Canada where she passed auditions to intervene in various shows and work with Frank Hatchett, Cécilia Marta, Ruy Horta, José Meier and with the Montreal jazz ballets. Back in Marseille, she founded her dance company in 1983; for 3 years, she accompanied a theatre company and operetta singers to weekly shows at the Nau Theatre in Marseille (Spectacle Music hall parade, Feasts of Cocures, Festival 84, Uncle Jules, Operetta cocktail varieties). Her company won several times the 1st prize in various dance competitions.

As a choreographer, she won the first prize for choreography at the 1st student competition Aix Marseille at the Palais des Sports in Marseille and won several times the grand prize of the jury for her choreography. Her talents as a choreographer are used to create a show on the theme of the Armenian genocide, she created in 2007 “L’Abîme”, a 90-square-day show performed by her company and produced in various theatres in the region. In 2015 for the centenary of the Armenian genocide, he was asked to create a 60-square-day show “1915 the Abîme”, danced by her company accompanied by professional musicians and produced on the Old Port in Marseille and in various theatres in France. 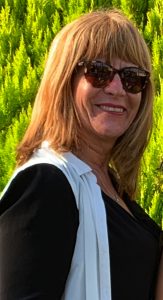 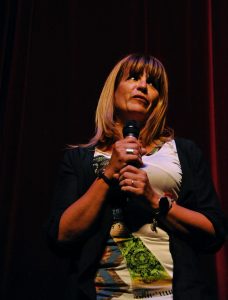 Since its inception, she and her company have been called upon for a wide variety of shows:

Thanks to her producer since 1984, her company performed under the name Galaxie in cabaret and music hall in discos:

Then attracted by modern dance, she composes creations on different themes: 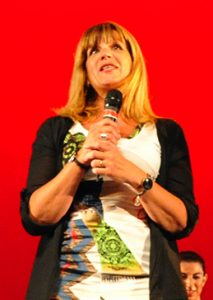 Her services are used to create modern’jazz shows for a wide variety of occasions:

Concerned about the happiness of every human being, she turns to humanitarianism by performing with her company in hospitals and nursing homes to help people with Alzeimer, for the telethon, the little brothers of the poor, the homeless, children of the world with childhood and sharing, and the international fifty one (association of children’s rights, peace and human solidarity). She also works for many years in a school in a sensitive area in order to introduce underprivileged children to dance. She choreographs the pink October flash mob of the League Against Breast Cancer and her company dances every year in Blue March for the fight against colon cancer.

Passionate about teaching, she was Professor of internships for the French Dance Federation in 1992 with Dora Feïlane at Espace Julien in Marseille and then Professor at the Centre for training of dance teachers in Aix en Provence, the University of Provence and School of Engineers for the U.S. V sport.

Hired at the age of 16 in the CORPS of BALLET NATIONAL DE MARSEILLE ROLAND PETIT, she was then entrusted with the roles of soloist until 1990, when she joined the BALLET BEJARD DE LAUSANNE as a solo dancer. In 1998, she joined the BALLET NATIONAL DE MARSEILEL again under the direction of Marie-Claude PIETRAGALLA where she performed in a varied repertoire, Paul Taylor, George Balanchine, Claude Brumachon, Ruui Horta… 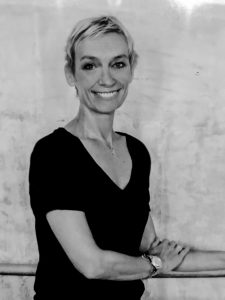 Sébastien is a Dancer, Choreographer and Teacher of Hip Hop Dance.

Sébastien is a Dancer, Choreographer and Teacher of Hip Hop Dance. He met Hip Hop culture in 2003, and began his dance training (notably in Break, Hip Hop Newstyle, Pop and Lock) in Annecy with Houssine Khald. Later in Grenoble with Jean Pierre Musso and then in Avignon at the dance school “Le Studio”. His meeting with Séverine Guyot in 2007 allowed him to deepen his knowledge, to develop his style and his pedagogy. 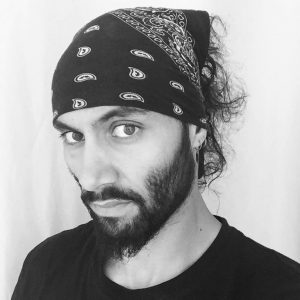 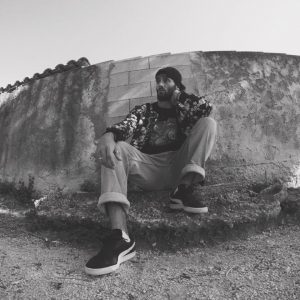 Sébastien has been taking classes since 2008. He teaches children, teens and adults, and strives to transmit Hip Hop dance as a whole fundamentals to the current trend. In his classes, the student explores different styles, through choreography, in circles and various Freestyle workshops.